When applicable, this technology therefore has a significant advantage, as it is beneficial not only from an environmental standpoint but economical as well, with quick payback (even three years).

Brofind’s long-standing experience in the sector allowed us to install solvent recovery plants in a variety of industrial fields (printing, flexible packaging, adhesive tape, chemical, etc.) with treatment potential ranging from 2,500 to 300,000 Nm3/h of air. Depending on the nature of the recovered solvents, there are two different types of plants according to the technique used to regenerate the activated carbon: 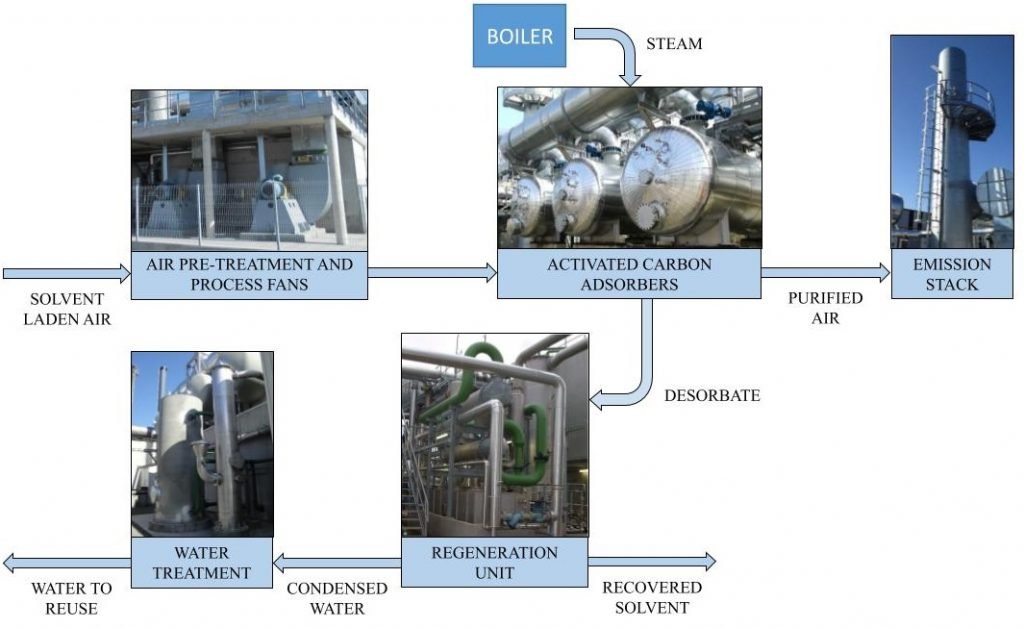 The solvent recovery plant with steam regeneration is suitable for solvents that do not dissolve in water as recovery is carried out by separation of the aqueous phase with the solvent.

This technology is based on the following operating cycle:

The solvent laden air coming from the production cycle and extracted by the main fans, must first of all be filtered to eliminate any solids therein through the installation of a suitable filtering system.

The flow rate of the air extracted from the plant is normally adjusted by inverters applied on the main fans, in turn managed by a pressure controller located upstream of the plant: this system allows for considerable energy-saving when the air flow rate is below the design value.  A cooling unit then brings the air to a temperature suitable for adsorption, below 60°C, as this is more efficient at low temperatures.

The temperature is only one of the parameters to be assessed, as special attention must also be paid to the moisture of the emission: over 60-70%, the amount of water adsorbed by the carbon increases exponentially, thereby reducing its efficiency and leading to malfunctions.

The polluted air flows in specific adsorbers in which an activated carbon fixed bed captures the solvent; the purified air can then be released into the atmosphere through the stack.

Each plant is supplied with several adsorbers working in parallel. Each of them is kept in the adsorption phase as long as the outgoing TOC (Total Organic Carbon) concentration complies with the pre-established limit; when this value is reached, the saturated adsorber is placed in the regeneration phase (see below).

Using an analyser to monitor TOC (Total Organic Carbon) concentration automatically optimises plant operation, activating regeneration only when the limit is reached at the stack; this way consumption can be reduced to a minimum according to the actual incoming solvent load. 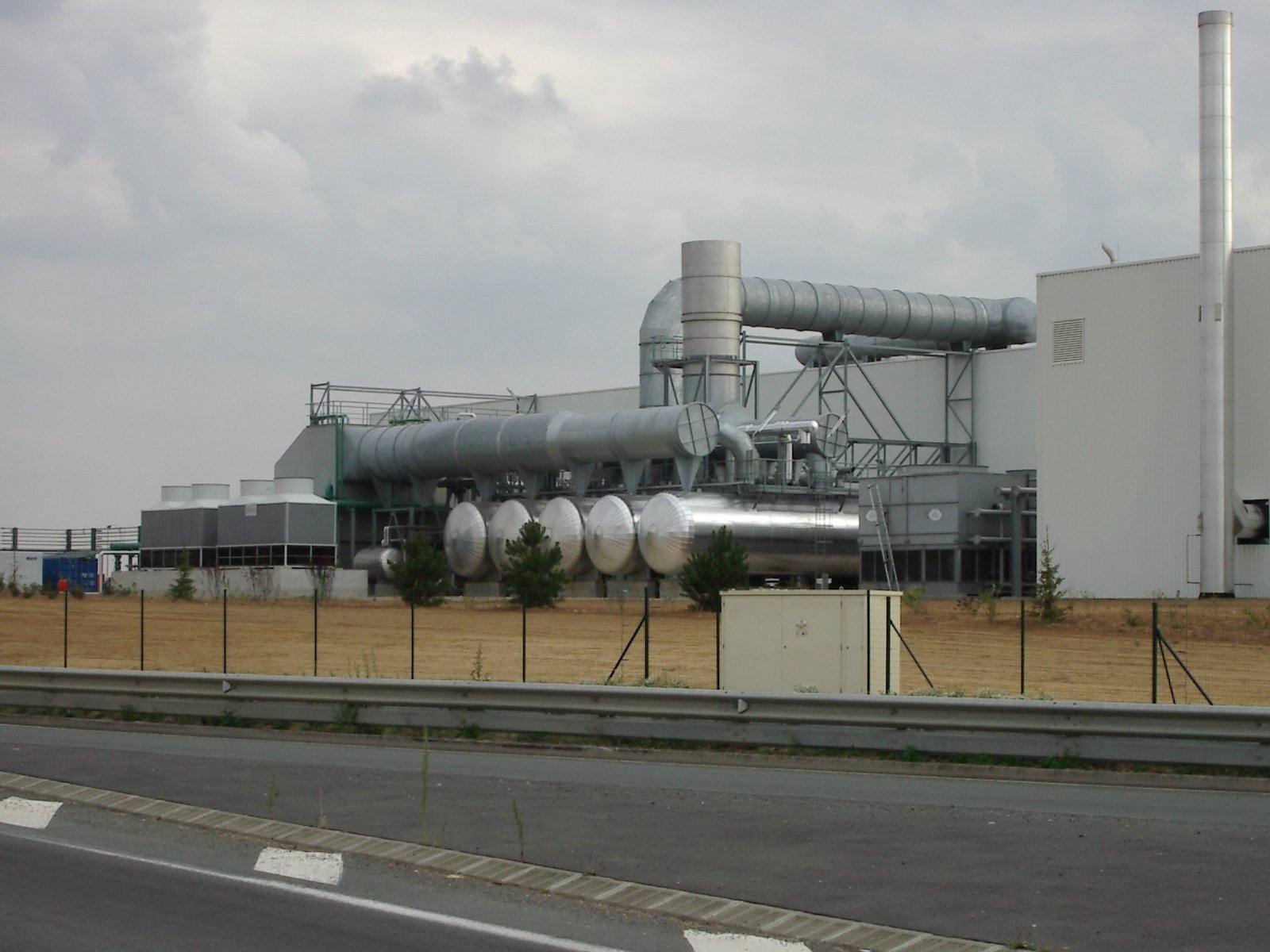 Once saturated, the adsorber is intercepted and undergoes regeneration by introducing a low-pressure steam flow.

During approximately one-third of the regeneration phase, the steam heats the activated carbon (and the adsorber) and escapes in the form of condensate.

Whereas for the remaining two thirds of this phase the steam is capable of removing the solvent from the activated carbon, making it available again for the next adsorption phase.

The desorbate (mixture of water vapour + solvent) is then sent to the condensation and cooling unit, consisting of heat exchangers (generally operating with tower water), where the mixture is condensed and brought to a temperature which limits evaporation of the solvent and promotes separation between the organic and aqueous phase.

Separation is carried out through simple decanting in a phase separator, therefore by gravity.

The recovered solvent can then be transferred to storage, ready for reuse in production.

For particularly volatile solvents or with stringent limits at the stack, it is advisable to include a drying phase of the carbon after regeneration, using heated air, and then cooling it with ambient air.

The condensed water in the separator is characterised by a solvent content equal to its solubility in water.

To reduce its concentration and to be able to reuse the water in the plant or to dispose of it in a less costly way, the condensate can be sent to a treatment unit consisting of a stripping column with ambient air (recycling of air extracted from the recovery plant).

To obtain residual solvent concentrations in particularly reduced condensates, a further treatment section can be added through activated carbon filtration; when saturated, it can be replaced or regenerated with steam.

For the plant to recover a mixture of solvents, a distillation section of the solvents might need to be installed to separate them from each other.