The rotor concentrator system is an auxiliary plant to the emissions treatment systems where there are high flow rates and low concentrations of VOC to reduce the total energy consumption. 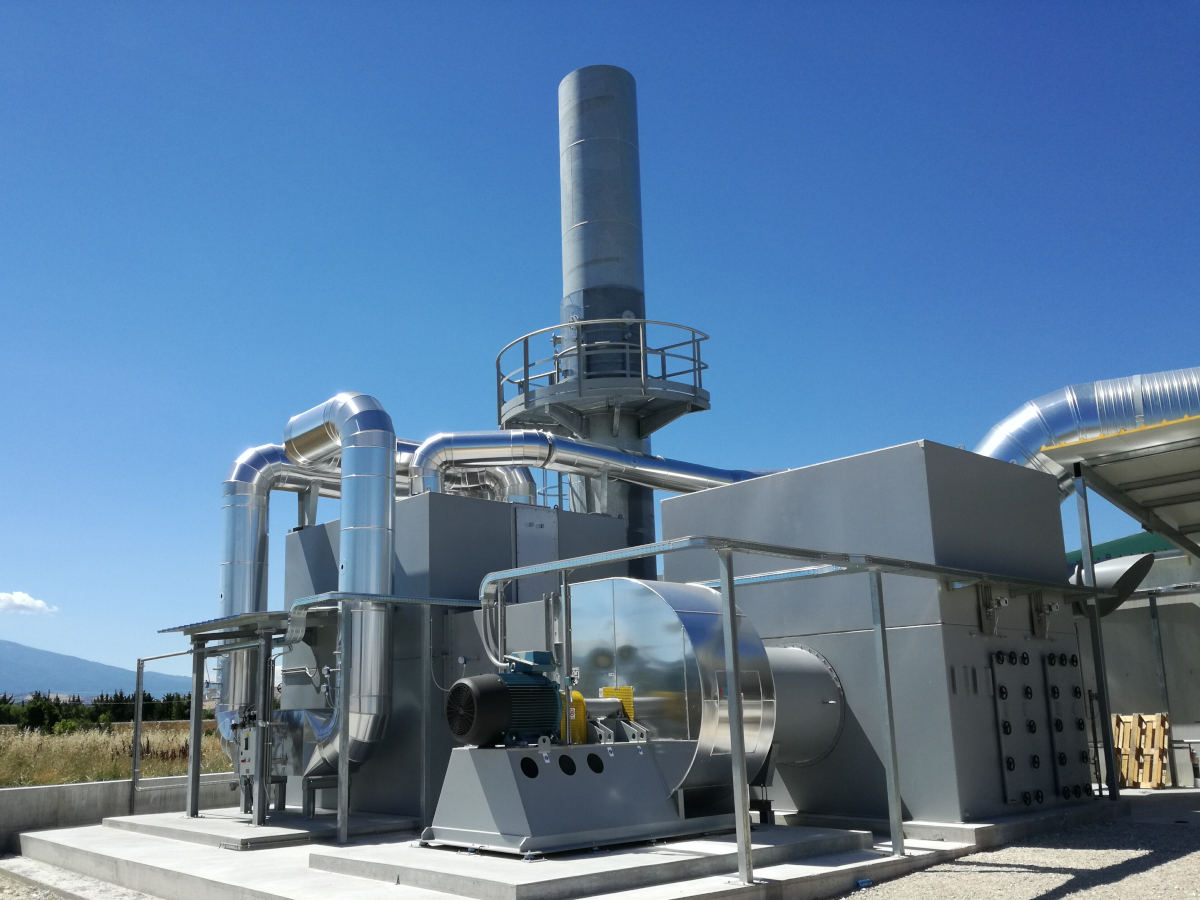 The rotor concentrator is an auxiliary system at the service of other emission treatment technologies and is used when the flow rate of the air to be treated is high but the VOC concentration is low (generally up to a few kg of pollutant dispersed in a total flow rate of several tens of thousands of Nm3/h) to reduce the energy consumption of the pollution control solution.

Features and advantages of rotor concentrator

In rotor concentration technology, the pollution absorption process is carried out by a concentration rotor containing zeolites which continuously guarantees the adsorption and simultaneous regeneration of part of the rotor. This way there is no need for consecutive phases for the adsorption, regeneration and cooling of the adsorbent material which distinguishes similar processes, but carried out with a fixed bed system. 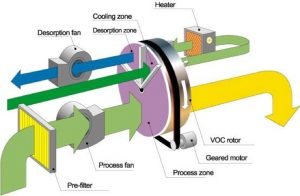 The air to be purified is conveyed by specific fans to the adsorption section of the concentration rotor where the pollutant, passing through zeolites, is captured thanks to the configuration of chemical-physical bonds and the adsorbent material. The impurity-free air is sent to the final exhaust stack. Afterwards, through the heating of a particular section of the rotor, the pollutant adsorbed by the original emission, is released in a second stream with a much lower flow rate. This concentrated stream is sent to a thermal oxidation process which, based on the specific technical characteristics, can either be recuperative, catalytic or regenerative. Choosing the correct final oxidation system achieves self-sufficiency, drastically reducing auxiliary fuel consumption.

It is essential to dedicate special attention to the required filtering of the effluent. It must be carried out before the adsorption phase and avoid clogging and reducing the adsorbent capacity of the concentration rotor.  Accordingly a multistage filtering section is installed which, guaranteeing appropriate air speed reduction and the presence of suitable filtering materials, removes most of the dust. The concentration rotor consists of several sections: in addition to the absorption section described above, there is a much smaller section (called regeneration) where the previously accumulated pollutant can be removed, restoring the adsorbent capacity of the zeolites.

The Brofind  rotor concentration system is part of a range of technologically advanced atmospheric pollution control products on the market for decades. The company guarantees its availability during the entire lifecycle of each of these products.