An organic compound is any compound containing at least the element carbon (C) and one or more among the elements hydrogen (H), oxygen (O), fluorine (F), chlorine (Cl), bromine (Br), iodine (I), sulfur (S), phosphorus (P), silicon (Si), or nitrogen (N), with the exception of both carbon oxides (e.g., CO2) and inorganic carbonates and bicarbonates.

A VOC – acronym for Volatile Organic Compound – is any organic compound that, at a 293,15 K temperature (i.e. 20°C), either has a 0,01 kPa pressure or higher or a corresponding volatility in particular conditions of use.

Both definitions have been retrieved from the legislative decree no. 152 of 2006 – “Environmental regulations”.

The volatile organic compounds category includes different chemical compounds which are able to interact in the troposphere to form polluting compounds. They include:

VOCs can be emitted into the external and internal environment. 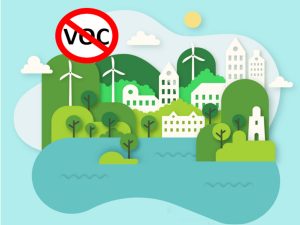 The major external sources of VOCs are both of anthropogenic and biogenic origin. Biogenic sources include some compounds released by plants, compounds from biological decomposition of organic matter, or methane from fermentation that may take place in manure heaps or landfills. External sources of anthropogenic origin are due to the exhaust emissions of vehicles, to solvent fumes for industrial use and, in a lesser form, to combustion fumes from thermal power plants.
The main indoor sources of VOCs are anthropogenic and come from cleaning products, building materials, furniture, cosmetics, deodorants, insecticides, heating devices, cigarette smoke, printers and copiers, glues, paints, adhesives, and various solvents.

It is good to remember that not all volatile organic compounds are dangerous for man: for example, methane or propane. Others, however, have even been classified by IARC (International Agency for Research on Cancer) as carcinogenic: these include formaldehyde and benzene.

The table shows basic statistics regarding 24-hour average concentrations of a series of substances belonging to the VOC family, measured from January 2003 to June 2004 as part of an air quality monitoring project of the National Health Institute. The station was located in the municipality of Rome, in a semi-central area, at the edge of a wide road, with free circulation. It can be considered a “traffic-oriented” detection zone but without the direct presence of emission sources of industrial origin.

Among the monitored VOCs , particular attention was given to benzene, given the particular health interest of this pollutant due to its known carcinogenic characteristics. 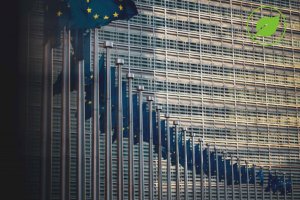 In the last few decades attention towards air pollution has increased significantly and a lot has been done about emission control, reduction or elimination of pollutants and to define the maximum allowed concentrations for different categories of compounds.

Several regulations, both European and Italian, have been issued regarding the emission of VOCs. The most important are:

How to measure emitted VOCs

There are automatic methods which apply the flame ionization principle and express the result in mg Carbon/Nm3, (indicated as TOC = Total Organic Carbon). These methods aren’t qualitatively selective and do not distinguish the single volatile organic compounds.

For the most dangerous compounds, on the other hand, the most suitable method is by adsorption on activated carbon vials, with subsequent desorption and gaschromatographic determination, able to distinguish the individual compounds both qualitatively and quantitatively. The methods are:

VVOC limits: how to comply ?

A number of different approaches can be adopted in order to comply with the new emission limits, including both actions on the used products (e.g. water-based, high-solids paints and inks, etc.) and implementation of appropriate emission abatement systems. In some cases, it is necessary to adopt both solutions to ensure compliance with the enforced limits.

Having among its range of products basically all the possibilities of treatment of emissions containing VOC (from recovery, to thermal destruction, to wet abatement, etc. …), BROFINDⓇ can recommend to each customer the best abatement system by finding the best compromise between investment costs and management of the plant.